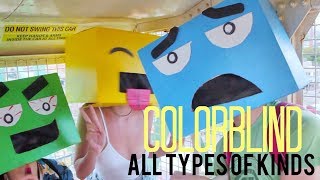 All Types Of Kinds

All Types Of Kinds is a name that aptly describes this group of four: Billy, Ray, Berk O and Rocco Stroker. Performing an eclectic mix of music ranging from original blues, folk and hip hop, the band lists a wide-range of influences including Elvis Presley,Buddy Holly, The Beatles and Stevie Wonder to modern artists of today. Here is some background on each member of the band: Billy: Billy, who is 25 years old, hails from Astoria, Queens. Billy has been on the stage since h