Erick Blu is an award winning Pop music sensation. In his young and rising career, Erick has already performed in front of 20,000 people sharing the stage with American acts such as Hoobastank. He also took center stage promoting his refreshing, positive message at the World Scholars Cup in 2010 where he won Best Pop Performance. Erick is now an official member of ‘The Recording Academy’ with his songs in consideration for the 60th Grammy Awards. Erick won The 2017 Akademia M 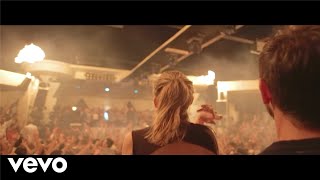 Erick Blue is a young, aspiring pop/rock sensation. His musical journey began when he was twelve years old and his father gave him a guitar for his birthday. Erick was always inspired by true entertainers like Michael Jackson, Justin Timberlake and Bruno Mars. His passion and drive for what he does has led him to performances in front of 20,000 people, sharing the stage with acts like Hoobastank. His newest single, ''Took The Words" featuring UK's pop princess 'Robyn Regan' &