Rahn Anthoni is a Christian R&B/hip hop artist, an ex-BET Networks host and an advocate for special needs children. He has a heartbreaking tale to tell about his own special needs child, who passed away from abuse allegedly at the hands of a caregiver. His new single, “I’ll Trust You” was produced by a Dove Award winner and it’s a tribute to his son. Rahn is also the founder of several special needs charities. Rahn crafts hot hip-hop with an R&B flow, with its deep roots in g 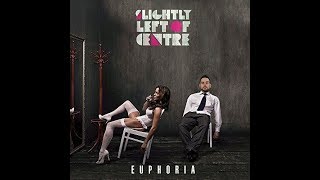 Australian pop/rockers Slighlty Left of Centre present 80’s & 90’s inspired electronic-infused music that is catching fire stateside and abroad. SLC produces, engineers, records and mixes their music to keep their unique and signature sound alive so that fans will always distinguish an SLC song amongst their iTunes playlist. ‘The Right Direction’, the band’s debut album was released in early 2012 with tremendous response from all over the world. With the group’s current T
BWH Music Group

Hailing from New York, The Shrimps are an acoustic rock duo who thrive on authentic raw rock infused with harmonies. One journalist dubbed them “R.E.M. meets Simon and Garfunkel,” and another said their vibe is what would result “if The Everly Brothers were introduced to punk.” The SHRIMPS’ music has been dubbed “good fare for your ears” and described as “mandolin, harmonies and Beatlesque songwriting.” Was there something (an experience) or someone in your life that was the
BWH Music Group

Richard Lynch is a chart-topping traditional country music artist favorite who is as authentic as it gets. He is an all American farmer who has poured his heart and soul into his countless hits. Lynch has written, sung, and performed his songs with passion and dedication, building himself up into an indie-country sensation. While his roots are grounded in pure country, his songs also showcase elements of western swing, honky tonk and outlaw country. Lynch is based out of Way
BWH Music Group

Taija New is a multi-talented Hip Hop artist from Springfield,MA. She began writing songs during her sophomore year at UMass and publicly presented her music in November 2014. Her submission of her second single, 'Newbian King', was selected by Pandora, which led to her very own Taija New Radio channel. During her first sold out showcase "The New Experience", New released her debut EP "Color Me Complex" at the top of the year which was also selected as a whole project by P 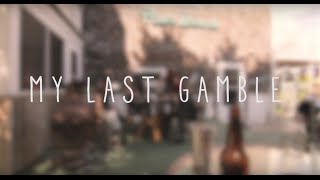 Comprised of a dynamic lead vocalist book-ended by identical twin sisters, this passionate Boston band known for their over-the-top stage antics and crowd-pleasing songs. Flight of Fire ignites the musical flames of energetic hard rock, progressive heavy metal and emotional folk rock, creating a unique and intense sound. Check out the video below of "My Last Gamble" and read our interview with the band. Was there something (an experience) or someone in your life that was the
BWH Music Group

DocFell & Co. is an indie band from Tahlequah, Oklahoma. Their music is an Americana blend of classic country, blues, rockabilly and bluegrass. The band was formed in 2011 and since then, they have released two albums and performed throughout the greater Oklahoma, Arkansas and Texas region. Their most recent release "Dust Bowl Heart" has been met with critical acclaim. Was there something (an experience) or someone in your life that was the "catalyst" for you to start writ
BWH Music Group

San Francisco based Singer-Songwriter, Howard Simon writes and performs acoustic music seeped in folk and blues, with finger-style and flat-picked guitar accompanied by a small band. He has been writing songs most of his life and has two albums to date including "The View from this Horizon," release in 2014, and his new album, "Visitors," released in June 2016. Howard writes songs about love (romantic and otherwise), family, morality and mortality. His writing spans 30 yea
6789
10